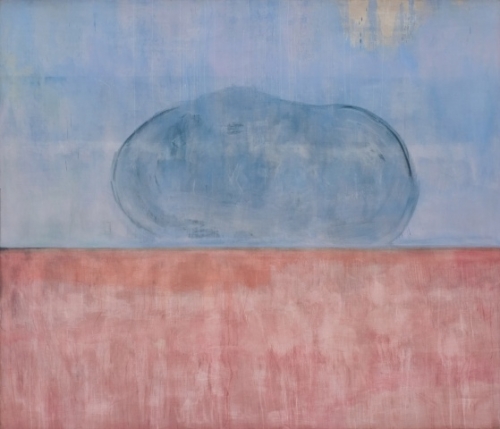 Gavin Brown's enterprise and Michael Werner Gallery are pleased to announce a joint exhibition of new works by Peter Doig. This is the artist's first solo exhibition of new paintings in the United States in nearly 10 years.

Peter Doig is widely recognized as one of the most accomplished and inventive painters working today; few artists of his generation have done as much to explore the evocative possibilities of paint and its capacity for depth and meaning. His large-scale scenes depicting atmospheric landscapes and lone figures explore the psychological and physical spaces between description and invention, representation and abstraction. The works are often derived from photographic sources, but these are merely a point of departure for the artist's imagination. His uncommon palette and varied approach to the material and surface of paint mediates his art's literal sources into artificial scenes evocative of dreams or recollections. Peter Doig's paintings, by turns melancholic and hallucinatory, are quiet occasions for contemplation and looking that take us outside the realm of our normal daily experience.

"People look at paintings in a very different way from how they look at just about anything else...It's a sort of strange, lost scrutiny..."
-the artist in conversation with Chris Ofili, August 2007

Peter Doig: New Paintings follows the artist's widely acclaimed traveling exhibition organized in 2008 by Tate Britain, London, in cooperation with ARC/Musée d'Art moderne de la Ville de Paris and Schirn Kunsthalle Frankfurt. This survey exhibition explored recurring images and motifs in the artist's work by bringing together important series of major paintings and related works on paper from the past 20 years. It was the most in-depth and comprehensive overview of Peter Doig's work to date.

Peter Doig was born in Scotland in 1959 and raised in Canada before returning to Britain in 1979. He lived for many years in London before moving to Trinidad, where he now lives and works. Peter Doig was awarded the prestigious John Moores Foundation Prize in 1993 and was nominated for the Turner Prize the following year. From 1995 to 2000 he was a trustee of the Tate Gallery. In 2008 he was awarded the Wolfgang Hahn Prize from the Society for Modern Art, Museum Ludwig, Cologne.